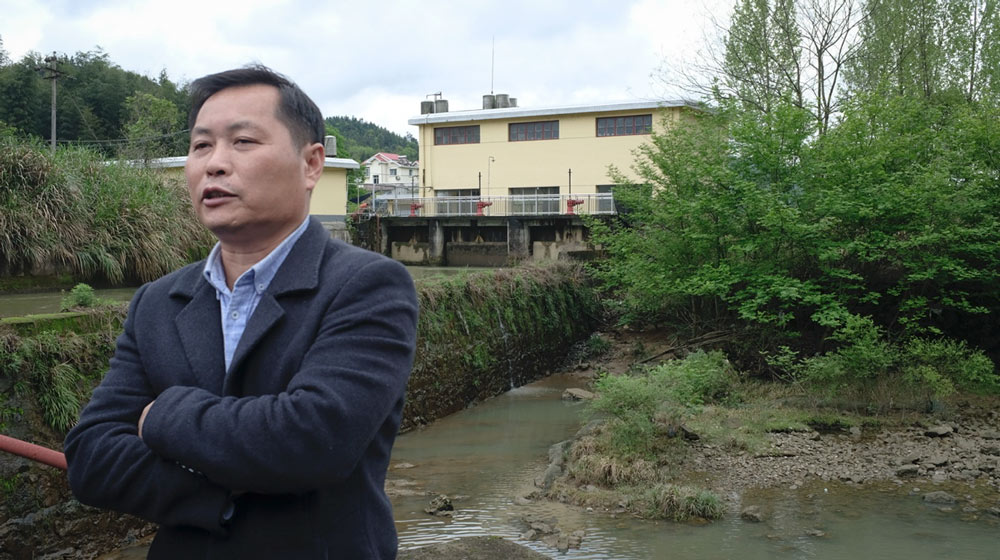 For decades, rural areas along the Yangtze River depended on small hydropower stations. Now, amid rising ecological costs and safety concerns, the government wants to make them more sustainable.

Early in April, continuous rain lashed the central city of Liuyang, Hunan province for days. As the Yangtze River Basin entered its major flood season and its banks swelled, Chen Tai’an stood inside the hydropower plant he partly owns, listening to the rumble of its turbines.

He says it’s the best time of the year to generate hydropower since most turbines operate at full capacity. But this year has been different. Chen says his Hongsha Hydropower Station’s annual revenue fell by more than 30,000 yuan ($4,600) as its output was cut by 100,000 kilowatts per hour.

The reduced power generation stemmed from new, and more stringent, government guidelines for maintaining “ecological water flow” — the level and quality of water in rivers to sustain the local ecosystem.

According to a 2018 government policy mandated for small hydropower stations, Chen couldn’t store water during the dry spell between August and March — meaning river water could no longer be fully stored to generate electricity as in previous years. So he was given until August of last year to install a floodgate on the dam to release one-tenth of the annual runoff into the river, with which he complied.

“All that water wasted… such a shame,” says Chen, looking at the river and furrowing his brow. He’s still pondering what the government meant by “ecological water flow.” To him, all river water is a valuable resource, and using turbines to turn it into power “is far more environmentally friendly than cutting down trees to burn firewood.”

Chen isn’t the only one wondering the same thing.

Such small hydropower stations were once the main source of power for villages in southern China. But with improvements to the rural power grid — now connected to the national grid — and rising environmental concerns, the same stations are now on thin ice.

Though small hydropower is considered clean energy, factors like unsustainable development, technical restrictions, illegal construction, and insufficient regulation — all of which led to yearslong overexploitation — have forced a rethink on these stations.

And with stretches of some rivers shrinking, or even drying up, the government in late 2018 launched a “rectification” campaign to start improving the quality of around 25,000 small hydropower plants in 10 provinces as well as directly administered municipalities in the Yangtze River Economic Belt.

About two years into this drive, data from the Ministry of Water Resources showed that more than 21,000 stations had adjusted their water flow to meet ecological requirements, 3,090 were dismantled, and 903 are scheduled for demolition.

End of an era

Chen’s hydropower station was among the first deemed in need of “rectification.” He received a notice to this effect in 2019 because, when storing water during dry spells, the Hongsha Hydropower Station could cause sections of the river downstream to shrink or even dry up.

“In the past, while constructing power stations, we were allowed to get things off the ground quickly and patch up inadequacies later. At the time, they were encouraging everyone to build — especially smaller stations like ours — and the quality of stations was basically the same everywhere,” says Chen.

He says he didn’t understand the sudden rectification notice, and wanted to stall it for as long as he could. It wasn’t until a government task force came knocking on his door that he realized there was no choice.

“Now that they’re asking us to renovate, we definitely feel some resentment. If we let water flow through our facilities without turning it into power, it’s a lost opportunity to make money. Renovation also costs money, and ‘ecological water flow’ was never a requirement in the past,” he says.

The Hongsha Hydropower Station lies on the Xiaoxi River in Liuyang City. This river is at the heart of eastern Hunan’s heavy rainfall zone, where the province’s most torrential downpours usually occur. 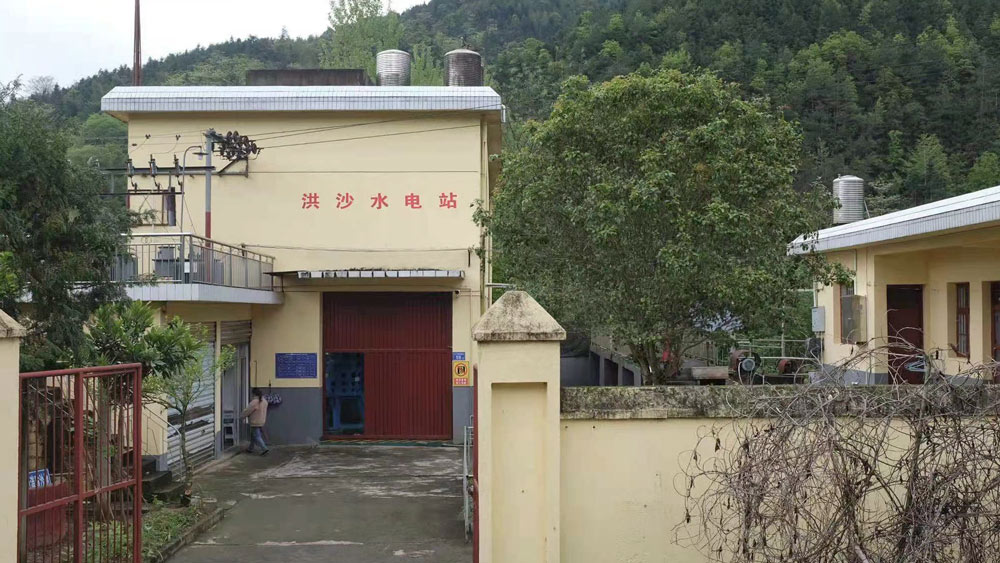 China had turned to its rivers, just like the Xiaoxi in the 1980s, to address an electricity deficit in rural areas, marking the beginning of a golden age of small hydropower development. From 2000 to 2015, the central government issued a series of documents listing hydropower as “rural infrastructure that should be given priority support.”

Director of Liuyang’s water resources bureau Deng Hua says the city, located in a mountainous region, began to suffer electricity problems in the 1980s. Then in 2003, the Hunan provincial government encouraged the active development of rural hydropower, following with counties in the region focusing on attracting private investment.

Eager to benefit from the boom, Chen — at the time a worker at a hydroelectric power station in the eastern Jiangxi province — invested in the Hongsha Hydropower Station. It now has more than a dozen shareholders like him. According to the Ministry of Water Resources, 80% of the 25,000 small hydropower stations in the Yangtze River Economic Belt are privately owned stations like Hongsha.

Encouraged by earlier policies, such projects — most with an installed capacity below 50,000 kilowatts — soon began dotting the river without proper planning. But with poorly defined staff duties and insufficient supervision, some stations severely flouted norms — leading to frequent accidents. 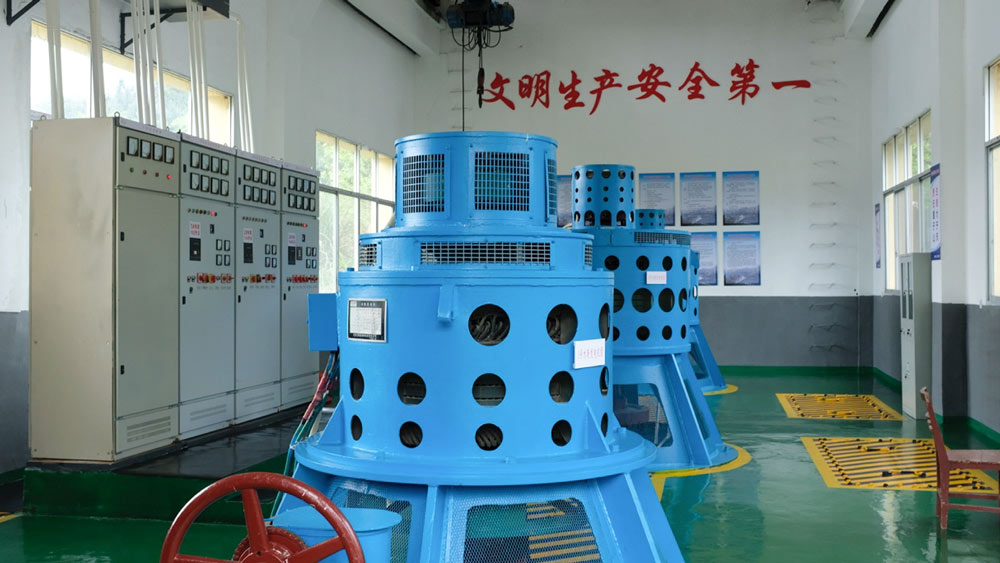 In December 2009, the Ministry of Water Resources, together with three other official bodies jointly issued the Notice on Strengthening the Safety Supervision of Small Hydropower Stations.

It marked the first time so many ministries came together to address safety concerns surrounding hydropower.

Safety aside, the government soon also turned its attention to the glaring ecological impact of small hydropower. In 2016 and 2017, the Central Environmental Inspection team told the provinces of Guangxi, Gansu, Hunan, and Sichuan that overexploitation in small hydropower stations was a concerning matter.

In a 2018 report, the National Audit Office showed that such overexploitation had caused 333 rivers on the Yangtze River Economic Belt to dry up to varying degrees. The total length of severed or dried up river sections exceeded 1,017 km.

Su Liqun, director of the Technical Center of the Jiangxi Provincial Water Resources Department, underscores that the standard for hydropower stations locals built in the 1980s was relatively low. “Indeed, the problems that have occurred during the development of small hydropower cannot be overlooked. During the 10-year peak period (2000-2010) of small hydropower development, the desire to attract large-scale investment led to a general practice of ‘jumping on the bandwagon first and patching up issues later,’” he says.

“As a result, there are many residual problems from this period,” Su says. “Some power stations reached the point where they absolutely must be rectified or even demolished. Others that violate safety regulations are teetering on the precipice of disaster — they are dangerous not just to the environment, but to the safety of people, too.”

To address the issue, the central government in 2018 issued the Opinions on the Implementation of the Clean-up and Rectification of Small Hydropower in the Yangtze River Economic Belt. According to this document, small hydropower stations fell into three categories: those for demolition, extensive rectification, or preservation.

The first category is reserved for substandard stations that have affected natural reserves and the surrounding area. The second category is for those that have impacted local ecologies and have yet to fully complete approval procedures, while the third is for stations that comply with regulations.

“In the past, people both worked and lived in the plant, and there were many safety hazards. We set a safety standard. Those that have been renovated are now significantly safer,” says Deng, the director. “We calculated a certain sum for owners of hydropower stations. If they don’t invest this sum into renovations and safety and an accident occurs, they’ll be forced to pay a much greater compensation.” 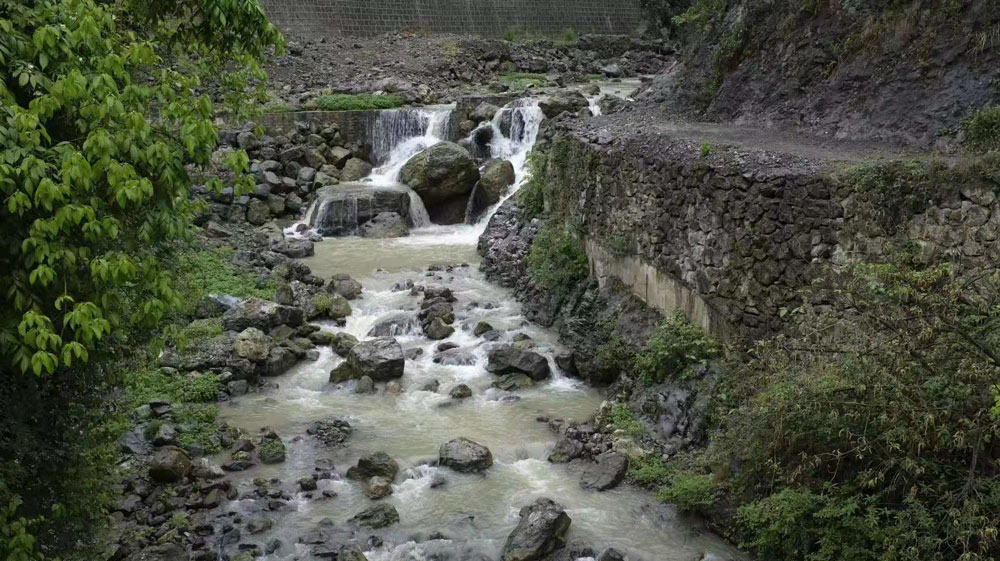 A view of a river after the demolition of a hydropower station in Weixin County, Yunnan province. Diao Fanchao for Sixth Tone

Following the sustained government campaign, Liuyang is now the first city in Hunan to complete rectification for small hydropower stations. Chen has since installed the required monitoring equipment on the dam to ensure ecological water flow and has completed the environment assessment and land use approval procedures. But many other power stations have been completely dismantled in the drive.

Li Yuanyong, governor of Weixin County in Zhaotong City, southwestern Yunnan, says there were 17 small hydropower stations on the mainstream and tributaries of the his province’s section of the Chishui River Basin, with a combined installed capacity of 22,355 kilowatts. As of Sept. 28, 2020, all of them had been completely dismantled, with ecological restoration carried out at the sites.

Data from the Ministry of Water Resources shows that more than 14,000 small hydropower stations have completely renovated their discharge facilities, and more than 21,000 power stations currently in operation have implemented ecological flow limits and registered with regulatory platforms in line with the government’s requirements.

Incidentally, across Hunan, Jiangxi, and Yunnan, stations formerly built in national or provincial nature reserves (whether in the “core” or “buffer” zones) have already been dismantled as part of the rectification initiative.

The ecological benefits of the campaign are most visible in the dry season between August and March. In places where the improvements have been completed in Hunan and Jiangxi provinces, segments of formerly shrunken or dried up rivers have returned to normal.

A regulatory platform ensuring that stations abide by ecological water flow limits has also been established, along with real-time online monitoring. This is the first stage in the development of a regulatory system through which all stations will be connected.

Qiu Wanli, president of the Hydropower Industry Association of Xiushui County in Jiangxi province, says many migrant workers from the area invested their savings in building hydropower stations. Once built, the workers had stable long-term income in the form of annual dividends, which allowed them to return to their hometowns and take care of their families.

Many interviewed believe small hydropower stations have played an irreplaceable role in China’s economic and social development, especially in ensuring power supply in mountainous areas. “In 2017, the entire power grid in Xiushui County, Jiangxi, shut down as a result of severe flooding. After provincial and municipal orders, we started repairing small hydropower stations and supply was quickly restored, which in turn reduced the impact of the disaster,” says Qiu.

“In peak periods of electricity use, small hydropower stations supplement the power supply, ensuring the safe and stable operation of the power grid,” he adds. “In natural disasters and other special circumstances, small hydropower plays a role that cannot be replaced by other energy sources.” 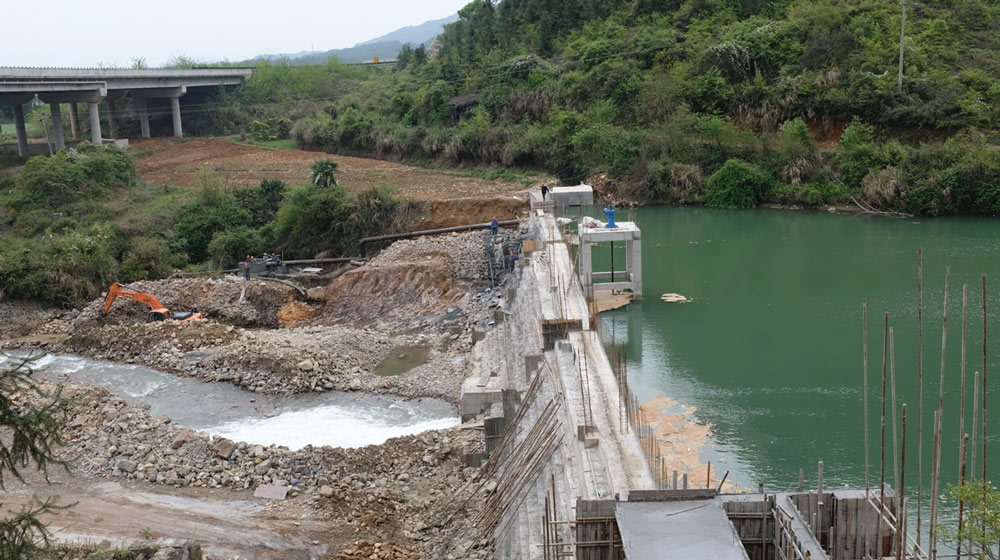 In recent years, there have been two conflicting arguments around hydropower. One maintains that the development of small hydropower truncates and dries up rivers, and that its disorderly development bears no relation to the livelihood of the local population.

The other encourages its development, underscoring that small hydropower is universally recognized as clean energy and has promoted waterway administration, flood prevention, and irrigation, and has improved the quality of life in local communities.

Su, the Jiangxi hydropower official, says that, in this new period, small hydropower still has much room for growth as a source of clean energy. At the same time, however, he says the problems cannot be glazed over.

He insists that in the future, the sustainability and safety of small hydropower must be guaranteed. In Jiangxi’s case, the province has revised its water resources development plan for small- and medium-sized rivers, and plans to build 111 hydropower stations.

But Su quickly points out: “The addition of new stations is not the direction in which Jiangxi’s development of small hydropower is headed. The first step is to renovate the more than 3,700 existing power stations and upgrade their efficiency.”

Back in Liuyang, water resources bureau chief Deng agrees that small hydropower has a future, with a caveat: “Small hydropower can be a clean energy source that reduces carbon emissions,” he says. “So long as it is developed in a sustainable manner with attention to ecological and environmental protection, it is a viable option.”