Ensuring That Your CPT Data is Correctly Reported and Interpreted

It is important to understand when interpreting CPT data the physics of how the data is produced. 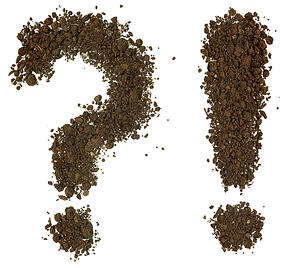 This will lead to a better appreciation of where CPT data should be validated with other types of tests in order to ensure that it is being correctly reported and interpreted.
In CPT (Cone Penetration Testing), when the tip of the cone is being advanced, there is pressure exerted on the tip itself. This pressure is created from the resistance to downward force by whatever soil is resisting on the cone tip. However, this pressure is not simply exerted from the ground immediately in front of the tip. Rather, the cone forces the ground immediately in front of it to compress. This compression forces the ground in front of it to ‘fail’ that is, the soil cohesion is not sufficient to resist the tip load, and the soil compresses further down or moves out of the way down, sideways or a little bit away from the cone itself, upwards.

Because of this movement and compression, the pressure exerted back on the cone tip is generated from a large area of soil below, around and a bit behind the cone tip itself. This means depending on soil stratification that the instruments in the tip sense soil resistance from around 5 or more cone diameters ahead and around the tip of the cone. Using a cone of 1.5 inches in diameter means that you are actually taking an average cone resistance measurement. This is sometimes called a ‘tip influence zone’.

If you are pushing through a sub-surface feature, such as a landslide slip face or a layer of softer clay that is a foot or less, it is quite possible to miss this feature entirely. In engineering speak, you might read something like ‘exercise caution when evaluating in-situ strength parameters for horizons less than approximately 20 inches’. In other words, ‘in situ’ typically referring to ‘in the situation’ or ‘at site’ as opposed to drilling out a core sample and bringing it to a lab. One of the advantages of CPT is that it measures directly the soil conditions underground vs. taking soil samples at depth (disturbing them) and taking them for testing. ‘Horizons’ refers to the layers of soil that you are pushing through.

As you can see from the description above, knowing the limitations of CPT in certain situations can help to ensure that the data provided is correct. One recommendation is to ‘ground-truth’, or to take a CPT sounding next to a conventional auger from which actual samples are taken at depth. The output from CPT can be correlated with actual soil conditions and if there are layers of soil that are less thick than the ‘tip of influence zone’ you will know this going in.

Once the CPT output has been ‘ground-truthed’ it is possible to then CPT test across the job site. This enables the efficiency of CPT testing, with the ability to perform 6 – 12 soundings or more per day, with the validation of a core sample.