When Should You Consider SPT Testing Over CPT? 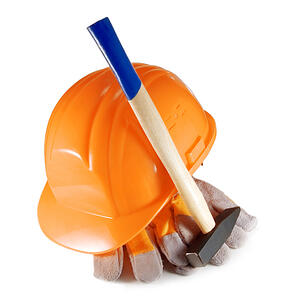 What is SPT Testing?

SPT Testing uses a thick sample tube to determine the relative density of granular deposits, typically sand and gravel. The sample tube is placed at the bottom of a borehole and struck with a heavy slide hammer repeatedly. The number of hammer strikes is important; the test operator must track how many strikes it takes to drive the sample tube 6 inches into the soil. The test is completed when the sample tube reaches 18 inches deep.
As you might imagine, a test that requires only a sample tube and a hammer offers a few notable benefits, namely that it is simple and inexpensive to perform. It is also the best solution for testing soil in areas that are difficult to access with vehicles. In other words, if you need to perform a soil test quickly, easily and at minimal cost, SPT Testing is hard to beat.

SPT Testing does have its drawbacks, though. Most notably, it’s inaccurate compared to more advanced methods, especially when sampling coarse sands or clay. As such, it’s rare to encounter a scenario in which SPT Testing is preferable to Cone Penetration Testing.

Not only is CPT far more accurate than the standard penetration test, it also manages to be relatively inexpensive compared to other testing methods. CPT is also a fast, safe and versatile option. Sure, it can’t match the flexibility of SPT Testing, but it does come close thanks to advances in CPT technology. For example, Vertek’s S4 CPT Push System is a robust, affordable push system that is compatible with any commercial skidsteer, meaning it is capable of providing superior soil testing almost anywhere SPT Testing can be performed.