An Introduction to Soil Compaction Testing 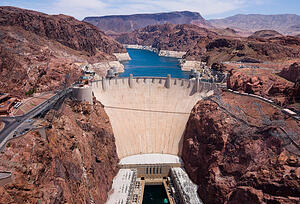 In the construction of high load structures such as dams, paved roadways and construction projects that rely on the stability of embankments; soil compaction is used to increase soil strength. Loose soil can be compacted by using mechanical equipment to remove air-voids, thereby densifying the soil and increasing it’s dry unit weight.

There are a variety of different benefits to soil compaction, including: prevention of soil settlement and frost damage, increased ground stability, reduced hydraulic conductivity and mitigating undesirable settlement of structures, such as paved roads, foundations and piping.

Below you will find a few different examples of how a soil compaction test can be performed.

Standard Proctor Compaction Testing can be performed in a lab. The testing first determines the maximum density achievable for the soil and uses it as a reference for field testing. It also is effective for testing the effects of moisture on the soil’s density. For soil with higher densities a Modified Proctor Compaction Test which uses higher values will be necessary.

Compaction energy can be calculated with this test by using this formula:
((#blows) x (#layers of soil) x (weight of hammer) x (height drop)) / mold volume

Field Tests: Field Tests are performed on-site and are necessary to determine if the compaction density is being reached. There are several different types of field tests, each with advantages and disadvantages. New methods are also being developed to increase accuracy and limit the chance of errors. The methods of field testing are listed below.

Nuclear Test: A Nuclear Test is a quick and fairly accurate way to measure the density and moisture content of the compacted soil. This test utilizes a radioactive isotope source at either the surface of the soil, or from a probe placed in the soil (called direct transmission). When activated the isotope sources gives off photons, usually gamma rays, which radiate back towards detectors on the bottom of the unit. Dense soil absorbs more radiation than loose soil, so based on the amount of gamma rays picked up by the detectors the soil density can be determined.

Water content can also be measured with the nuclear test by emitting neutron radiation into the soil. Neutrons loose energy when they collide with hydrogen atoms, so based on the amount of moderated neutrons the detector reads the moisture content can be determined. Despite the ease and accuracy of this type of field test, the negative aspects include the use of radiation and a high cost to conduct.

Sand Cone Test: A Sand Cone Test is an inexpensive method of Soil Compaction Testing and is fairly accurate if conducted correctly. The most important variable to consider is that the sand is consistently dry throughout the testing. Any change in moisture content will skew the results. To begin, a small hole is dug in the compacted soil. This soil is removed and weighed, then dried and weighed again to determine the moisture content. The hole’s specific volume is measured by filling it with a pre-calculated amount of dry sand from a jar and cone device. The dry weight of the soil removed is divided by the volume of dry sand needed to fill the hole, which gives us the density of the compacted soil in lbs. per cubic ft. This can be compared to the maximum Proctor density determined earlier to get the relative density of the compacted soil.

Balloon Densometer: A Balloon Densometer is similar to a Sand Cone Test; the difference is the volume of the sample hole is measured by forcing a liquid filled balloon into the test hole. The rubber membrane allows fluid to go into all the space. The volume of the fluid is measured and used to determine the soil’s density and water content. Though this test involves fewer steps than the sand test, it is slightly more expensive and the risk of error is increased because of the possibility that the rubber membrane might tear during testing.

By conducting an accurate Soil Compaction Test, you can ensure longevity to structures like buildings, roads and other construction sites. Not only is this necessary in order to bring the construction site up to meet safety codes and design requirements, it will also save you money in the future and create a more stable structure that has limited risk of collapse or settling from unstable ground.